A planned (at very short notice) stravaig over Place Fell was foiled by a ‘steering rack that was leaking hydraulic fluid faster than that leaky oil rig in the Caribbean’.

So, no Pie Man or Bruno today.

But I couldn’t let this stop me from enjoying a day in the hills, especially as I now have my own independent means of transport.  Just as well, as Sue was to enjoy her first taste of work for many months today.

Some folk I’d bumped into on this year’s TGO Challenge just happen to live by the start of a Great British Ridge Walk, which coincides with the start of the aborted stravaig.  Moreover, Marian was happy to join me for a day in the hills.

So after a leisurely coffee in Patterdale with Mike and Marian, the two of us set off along an exclusive route to Lanty’s Tarn and thence to the fellside above Miresbeck.

Bluebells seemed to be getting the better of a section of bracken steeped hillside, but for how much longer, I wondered? 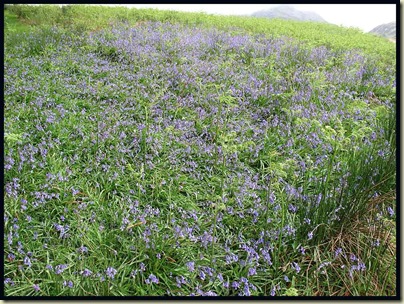 The forecast had predicted that the low cloud would clear.  The ‘Place Fell’ plan would have seen us out of the cloud for longer than this back-up plan, as demonstrated by this last view to Glenridding and across Ullswater to Place Fell, before we entered the thin cloud. 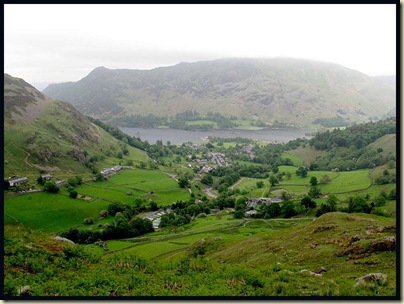 It wasn’t unpleasant, though gloves and a windproof top were deployed for a while.  We traversed Striding Edge in a fairly purist manner, Marian being an accomplished climber, meeting and parting with a variety of folk who were avoiding the ‘airier’ sections.  Eventually a large party of schoolchildren, queuing to descend the final steep little chimney gully before the easy ascent to the summit of Helvellyn, briefly held us up.  We were happy to wait, but their attentive leaders insisted on us passing through.

Once on the summit plateau, we passed the Gough Memorial, erected in 1890 after both Walter Scott and Wordsworth had alluded to the death of Charles Gough in their poetry.  The memorial reads:

Today the wind was light.  Nobody would fall.  A happy bunch munched in the mist at the trig point. 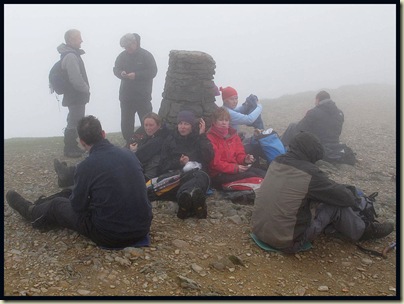 Marian and I didn’t attempt to locate the other memorials, one of which commemorates the first landing of an aircraft on a British mountain on 22 December 1926.  We headed down Swirral Edge and on to Catstycam, where we enjoyed Part Two of a lunch that had been commenced in a sheltered spot above Bleaberry Crag.

The route down the steep north west ridge of Catstycam seems to have become popularised since Marian last used it (I’d never been there before – I think), and a clear path ran most of the way down.  We paused for a while after emerging from the mist below a steep, slippery section above Kepple Cove Dam, abandoned in October 1927 after after a cloudburst caused it to burst, resulting in devastation to Greenburn lead mines and Glenridding. 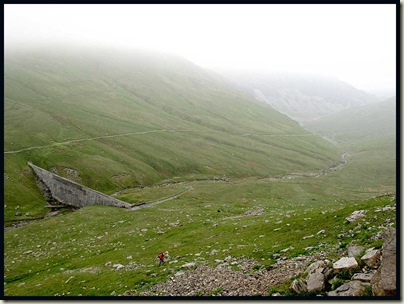 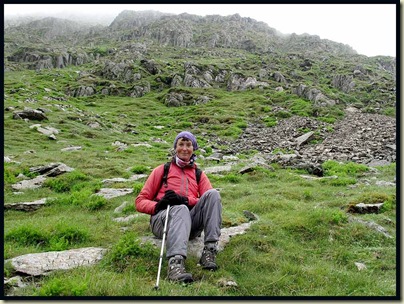 After traversing a disused leat (an open watercourse conducting water to a mill, etc) to join the path from Red Tarn, we descended to Glenridding Beck, where a group of helmeted youngsters were in the beck, making their way up the gorge.

We found some Starry Saxifrage and Cuckoo Flower here, as well as this little cutie, who turned out to be a champion jumper. 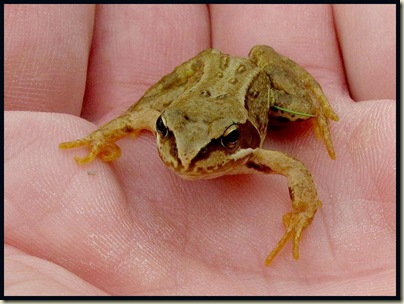 The cloud never really cleared, despite the encouraging forecast, but Rake Cottages, on the Greenside Road, did seem to be basking in their own little private oasis of sunshine.  I’m sure they deserved it. 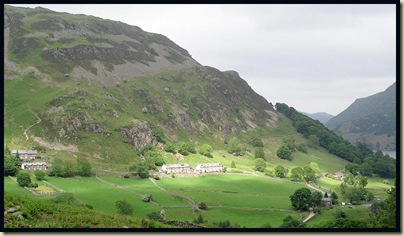 Near Lanty’s Tarn, Marian pointed out the small Round-leaved Sundew plants.  They were everywhere! 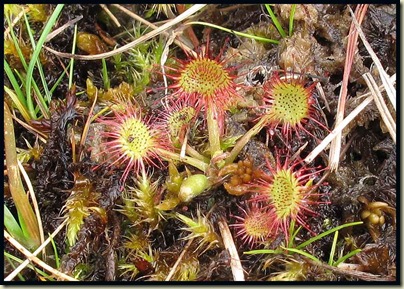 Well, not here, but I am probably standing on some Tormentil whilst posing for this photo with an Ullswater backdrop. 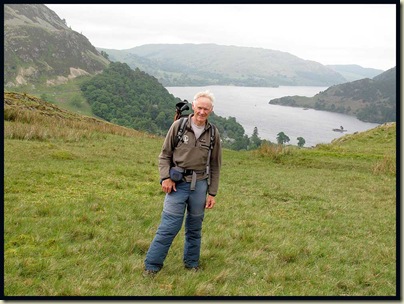 I’m glad that Marian could join me today.  We enjoyed a good chat – the opportunity for that eluded me for most of the TGO Challenge – spotted a few items of interest, and I would never have discovered her excellent routes between Patterdale and Lanty’s Tarn, returning down one of which we passed a rich collection of wild flowers and some exotic trees.  You’ll have to go to the short slide show to see them, if you’re interested…

Here’s an overview of today’s route.  Bill Birkett’s version starts from Glenridding, but the start and finish at Patterdale has lots to commend it.  It was about 16 km, with 1100 metres of ascent, and took 6.5 hours, though you could easily knock an hour of that timing. 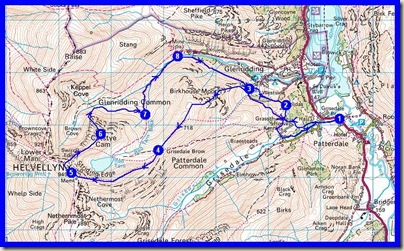 * = as subsequently confirmed by Marian. 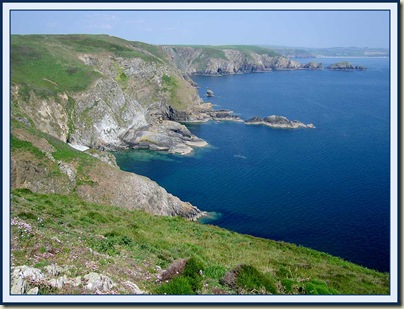 I didn’t get out much today, but I can offer this glimpse of a trip that topwalks.com’s archive simply refers to as ‘cloudless’.

The whole week was cloudless.  We walked from Milford Haven to Trefin.

It was a busy time….trips, work, etc.

Must write it up sometime!

But for now I’m happy to recall that cloudless day from exactly four years ago, when six of us walked from Little Haven to Solva, via a long stop in the Duke of Edinburgh Inn at the end of Newgale Sands, where we sought refuge from the blistering heat.

The UK coastline certainly takes some beating, especially in places like Pembroke and the South West Coast Path. 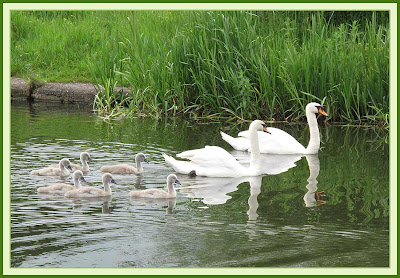 It’s not so bad though. The proud swans of Lymm have been busy in our absence, and the swifts arrived much earlier than they did last year – they’ve been living under the eaves of our house since mid May. This morning a large family of newly fledged great tits enjoyed a spell in the garden, where the flowers are blooming nicely.
at 22:57 2 comments: Links to this post