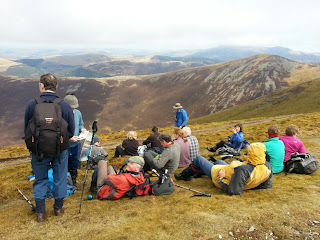 Overnight rain didn't persist beyond breakfast time at Dalegarth campsite at the end of Buttermere.
On a cool morning Sue and I parked up at Rannerdale and headed up the road beside Crummock Water.  Wheatears attentively monitored our progress.  Soon a crocodile of fourteen people appeared ahead of us.  Dave's birthday party had escaped from the Kirkstile Innovative.  We soon caught up.  Graham was there.
The weather cleared and we enjoyed an excellent stroll over the west and east tops of Whiteside, Gasgale Crags, Hopegill Head, Ladyside Pike, Sand Hill, Grasmoor (lunch), Crag Hill, Eel Crag, Wandope, Thirdgill Head Man, Whiteless Pike and Rannerdale Knotts. (Thirteen Birketts, twelve miles.)
An excellent outing in the best of company,  with cake from Tove as well as the usual shortbread and brownies.
Sent from my new phone. Hope it works.
at 18:41 3 comments: Links to this post 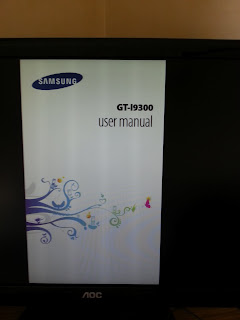 At last! But I'm not finding it easy. Please bear with me. 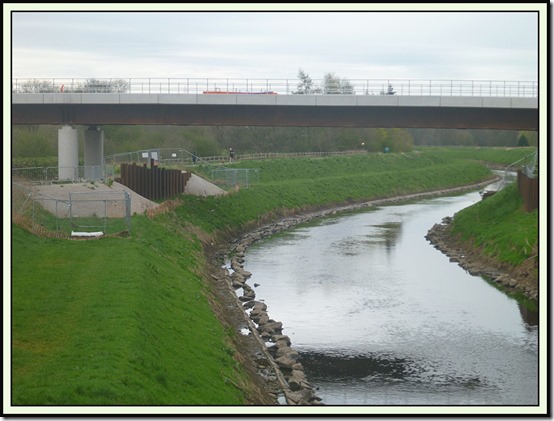 Last Sunday I enjoyed another bike ride along the Bridgewater Canal to Stretford, then along the Trans-Pennine Trail to join the Macclesfield Canal between Woodley and Hyde, returning home via the Cheshire Ring canal system towpath.

It’s a shade under 40 miles, depending on which route you find through Stockport – a good four hours’ exercise.

Early on, the River Mersey is followed past the old inn called ‘Jackson’s Boat’, named in the 1700s after a nearby ferry operated by a man called Jackson.

The pub has a rich history, involving ghosts and Jacobites, and there’s been a bridge (not the same one, predecessors have been washed away) to provide pedestrian access from the Manchester (Chorlton) side of the river for nearly 200 years. 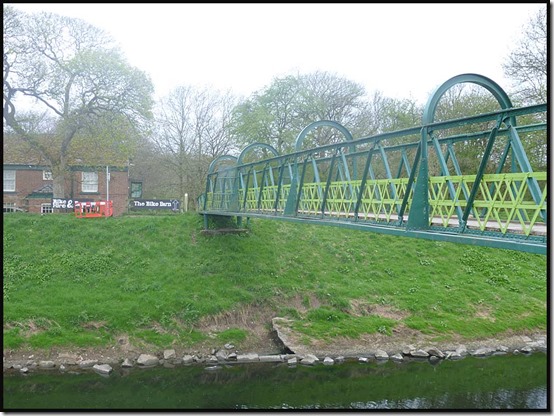 The Metrolink line to Manchester Airport has given rise to a new bridge that has been under construction for some time now.  Luckily, so far as I can see, diversions have been kept to a minimum whilst the bridge is under construction.  It’s quite a substantial affair when viewed from the banks of the Mersey… 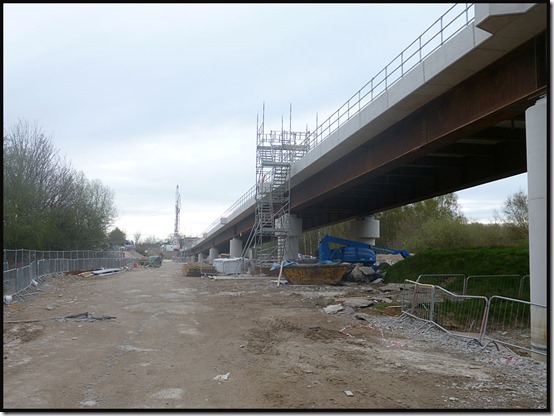 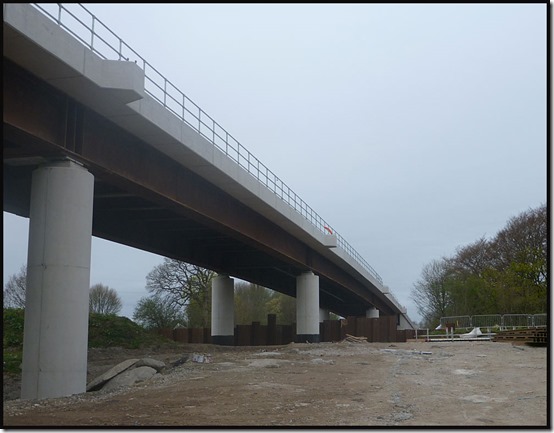 Later, near Sale, I spotted this early brood of Canada Geese chicks. 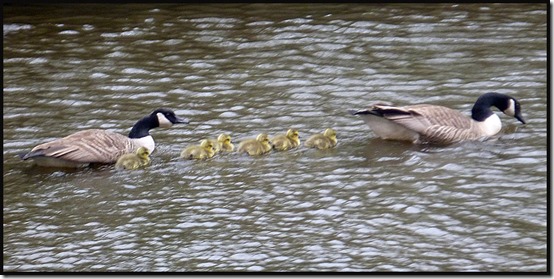 That’s all for now – a Backpackers meal beckons. 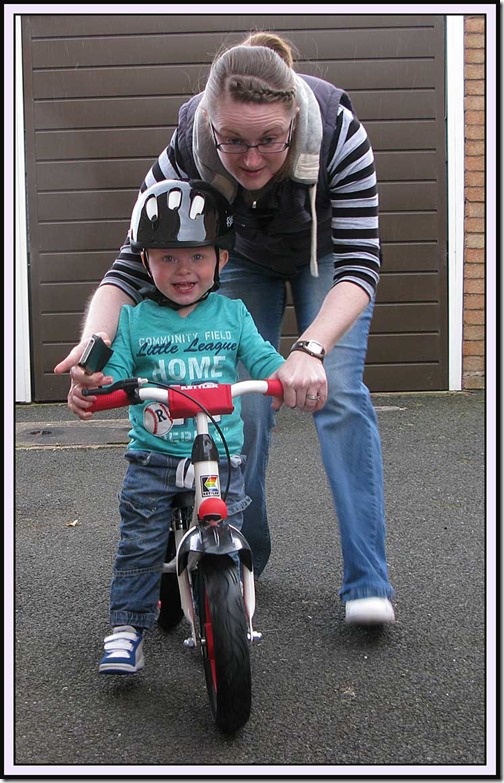 These days that means a youngster is ready for a bike, though I think in my day it may have been time for a rudimentary pedal car.

Anyway, he seemed to like the balance bike, and it wasn’t long before he’d mastered the grip and could move along without falling off too often. 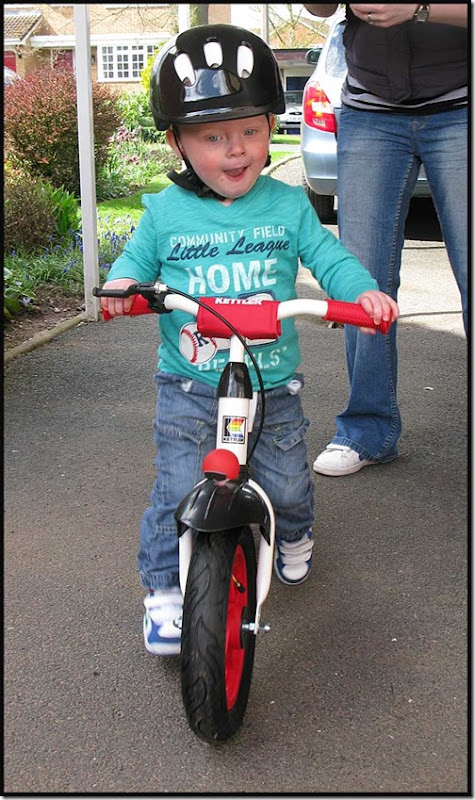 Well done kid…and thank you to Great Grandma Dot for providing the venue for Jacob’s First Bike Ride on Saturday.