A Musical Interlude and some Images of Manchester 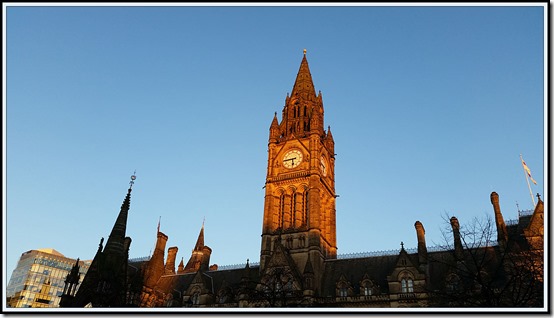 Sue and I recently had the pleasure of an evening at the Bridgewater Hall. Instead of one of the usual local orchestras, this evening’s concert was performed by the Oslo Philharmonic, bringing home to us our good fortune in living just a few minutes’ tram ride from a major international concert venue.

On my way to meet Sue for a pre concert pizza in Croma, I took the opportunity to try to capture some nice lighting effects before the sun went down. 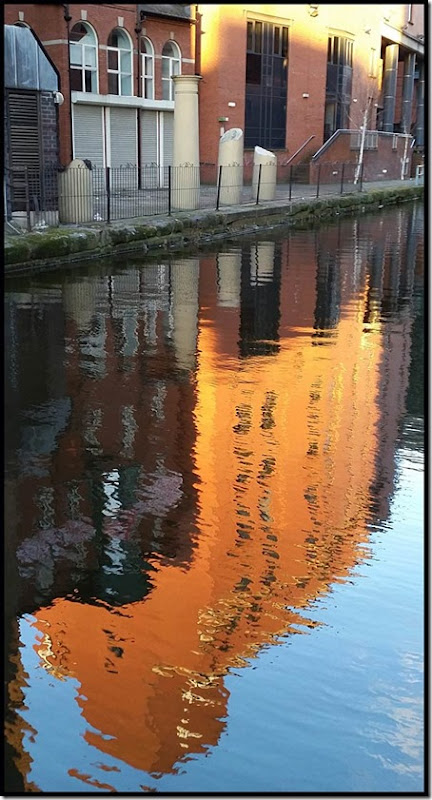 How the Peveril of the Peak pub has managed to escape the ravages of the property developers, I just don’t know. Many of these small city centre hostelries have made way for office developments above coffee shops and wine bars. 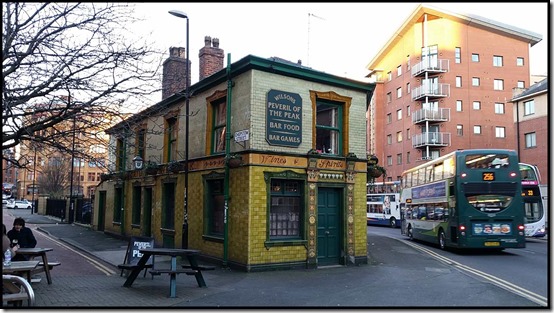 Here’s a shot of the sunlit buildings taken from just beyond the pub. 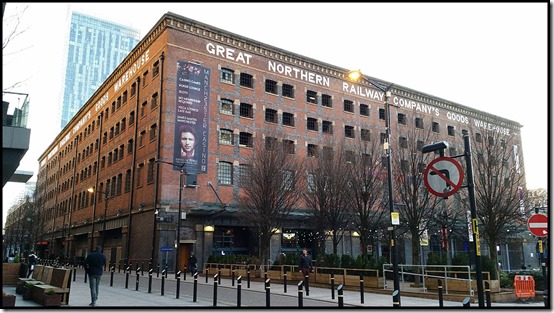 Here’s a view towards Peter Street, taken from the same place as the previous picture. 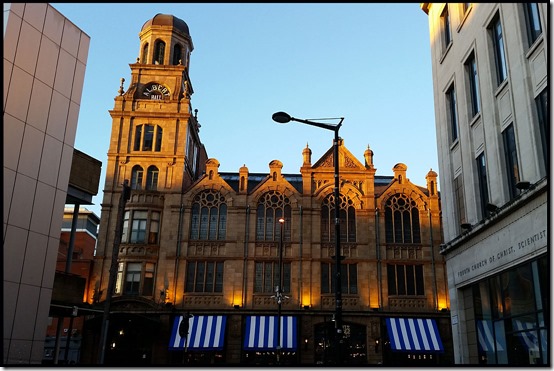 For many years I worked in Heron House, just a few metres away from where this image of Manchester Town Hall was taken. 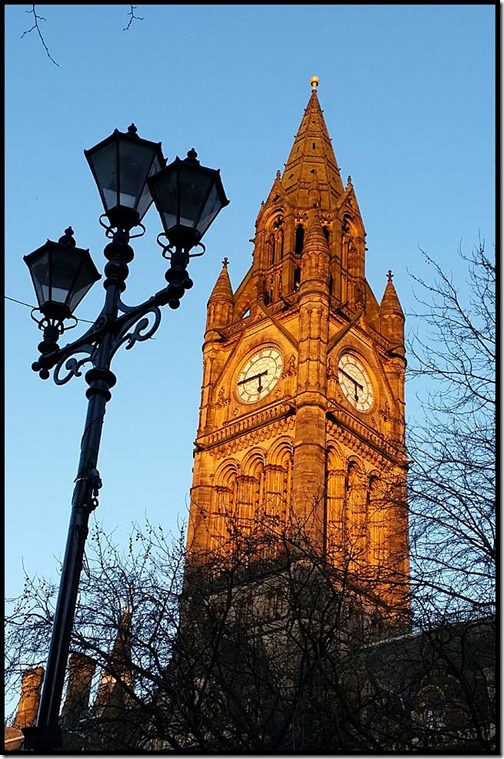 For the record, here’s an extract from the Bridgewater Hall’s website on the concert we attended, which it goes without saying was really excellent.

Better known to British audiences as Principal Conductor of the Liverpool Phil, since 2013 Vasily Petrenko has also been Chief Conductor of the Oslo Philharmonic. Still not yet 40, the dynamic Russian maestro brings vital energy and strong musical discipline to all his performances, never better shown than in the mighty symphonies of Gustav Mahler. Petrenko has also formed a successful partnership with Macedonian pianist Simon Trpceski, and their recordings of the Rachmaninov concertos have won critical acclaim for their insight and brilliance.

‘There is nothing overstated… and yet there is nothing that goes unnoticed either: the interpretative balance is precise and inspired, the thrill of experiencing the concerto played in this way immeasurable. Trpceski was born to perform this music, and Petrenko to conduct it.’ The Telegraph 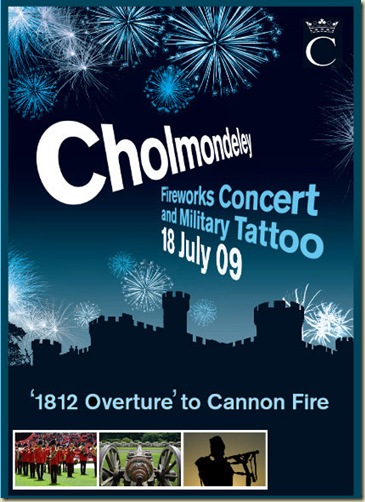 This year, a military theme will provide an additional twist to the entertainment. Music will range from Wagner’s Ride of the Valkyries, 633 Squadron, Star Wars and Dambusters and will culminate in the traditional ‘Last night of the Proms’ style concert with the 1812 Overture accompanied by real cannon fire.

The concert will include The Mossley Brass Band, The Royal Engineers Military Marching Band, Pipes and Drums, Drummers Finale with lit batons, Last Post Ceremony and a Lone Piper on the Castle Turrets.  The Army Benevolent Fund will be the event's principal charity.

The breathtaking beauty of the Gothick Castle, set in picturesque grounds will provide the backdrop to this unmissable event.  Bring along chairs and a picnic to enjoy from the Castle Lawn.

Besides the beautiful Castle gardens themselves, other attractions are the walled garden, lake, nature reserve, rare breed animal centre and children’s play area.  Everything is open for you to explore from 4pm."

No mention of the weather. 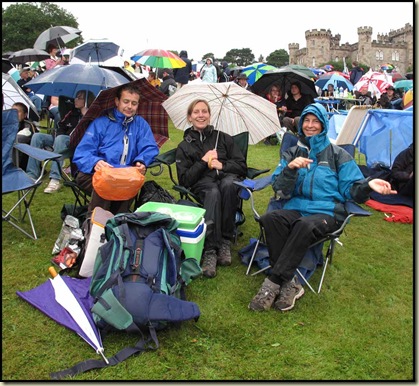 The brollies made for a very colourful occasion. 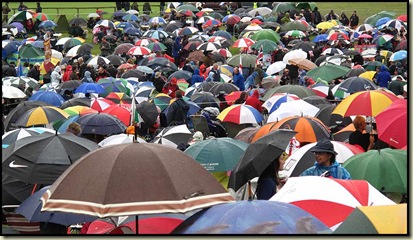 Otherwise we got what it said on the label.

The rain soon eased and we got to wonder whether the white ladder on this tank about to be driven to Afghanistan (friendly fire incidents permitting) wouldn't be just a bit conspicuous.

We were well equipped, with duvet jackets de rigeur - replacing the customary t-shirts employed for this occasion.  Between us we had brought quite a feast, including what appeared to be a cellar load of fizzy wine from Richard and Jenny's bunker.

So it's not surprising that I couldn't hold the camera steady for the fireworks!  They were spectacular, making the stage look very small (which it was from where we were sitting). 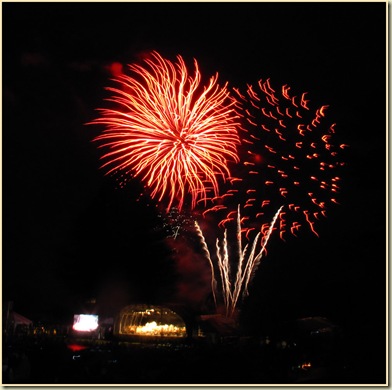