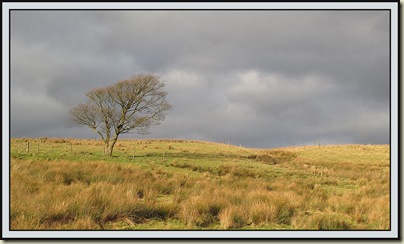 Last Wednesday JJ’s finely honed team of runners dragged me up Darwen Tower on a 14km recce for a fell running trip over Darwen Moor for which they are laying the trail next Saturday.

It was a lovely day.  We climbed to the top of the tower. 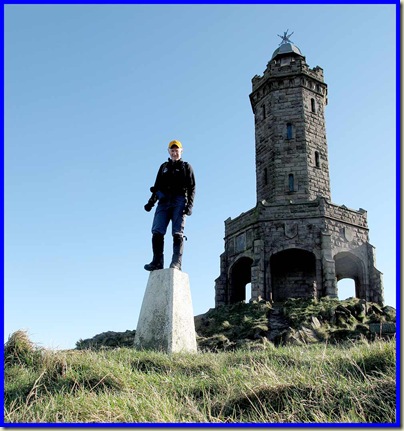 I don’t think they’ll be doing that on the fell run, not least because the top of the tower blew away on Thursday!

We had a bit of trouble with rickety stiles and barbed wire fences – great care was needed, Steve and JJ will bring wire cutters, hammer and nails when they lay the trail for the runners. 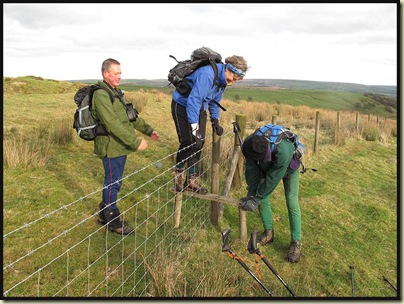 It was wonderfully clear, with the peaks of Snowdonia standing clear some 80 miles to the south west, and the snow laden summits of the Lake District looking much closer than 50 miles distant to the north. 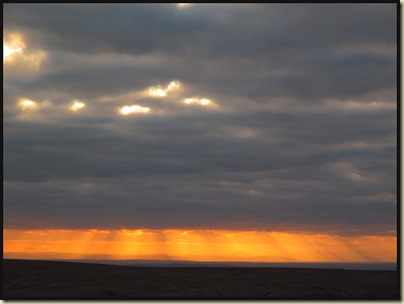 And the route (roughly) is shown below: 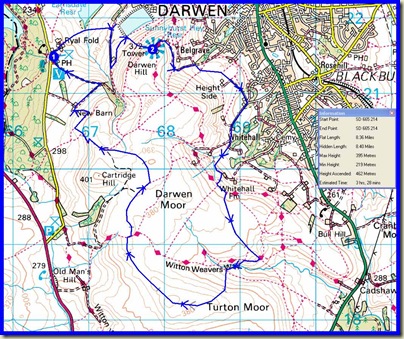 It took us over four and a half hours for the 14km.  Perhaps the runners will go faster!

As for White Nancy – Sue and I were joined by JJ and another John at the Vale Inn in Bollington.  Richard E also turned up – it was good to see him after a long hiatus.  He’s been working hard – with one press of a button his new car’s boot flew open and the door handles all lit up – amazing…

It was dark by the time we set off, on a lovely clear evening, to negotiate a 7km circuit with fine views over Greater Manchester.

Oh, and we found White Nancy, pictured here in the background. 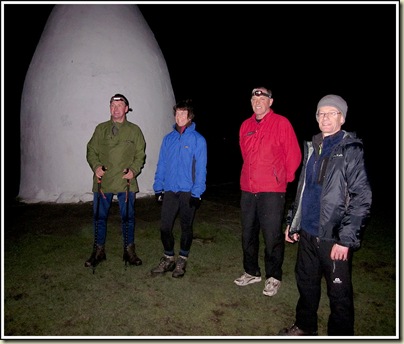