A Quartet of Ice Axes, including the Camp Corsa Nanotech 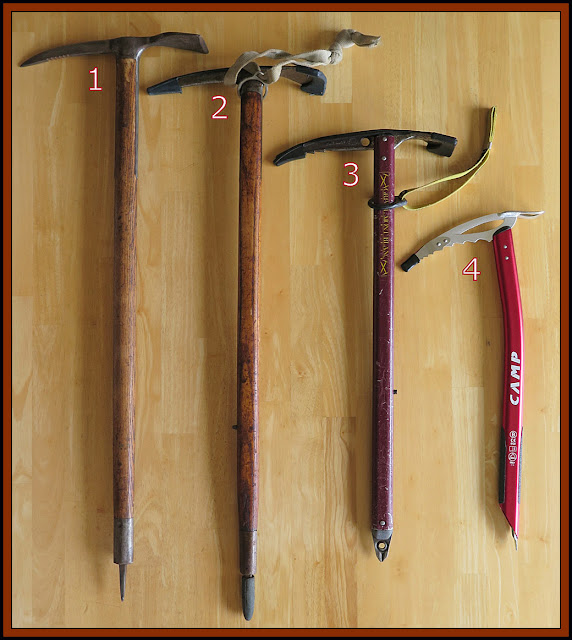 I wonder how many households sport this sort of array of ice axes? Despite not having used mine very much in recent years, I bought a new axe last week.

Here’s what you see above:

1  Probably not so many households contain the first axe, which was kindly given to me by Rodney Cottrell a few years ago in return for a small favour. It may be connected with Frank and Doris Sale, whose photograph album of a 1949 holiday in Zermatt was also given to me (albeit Rodney’s notes say that Frank died in 1948).

There’s a similar axe in the Scottish Mountain Heritage Collection, but I think the one I have is a more authentic example, possibly never having been used in anger.

Cornelius Whitehouse & Sons - makers of this ice axe - were one of Britain's best known manufacturers of wooden handled tools in the early 1900's.

It's no surprise therefore that the War Department asked them to produce a batch of ice axes in 1944, presumably for issue to mountain troops. Loads of gear became surplus to requirement when the war ended in 1945, and it was sold off to an eager outdoor market. Whether or not the original owner of this axe bought it ex WD or was issued with it I have no idea. 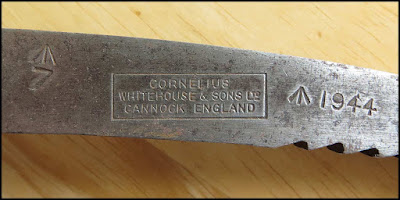 2  The Stubai axe, made in Austria, was my first axe, used in anger for about 20 years from around 1970. It’s very similar to the War Department axe. I can’t remember exactly when I first used it, but I do recall Jackie Ross, heavy foundry charge hand at Blackett Hutton steelworks in Guisborough, giving me some freshly fettled crampons in the 1960s. I never managed to fit those with straps, but I did soon afterwards buy some crampons (I feel another posting coming on) that are still in use.

Jackie may have inspired some Lake District use of axe and crampons, or I may have first used them in Scotland in the 1970s, when we enjoyed frequent visits to snow clad Munro summits. 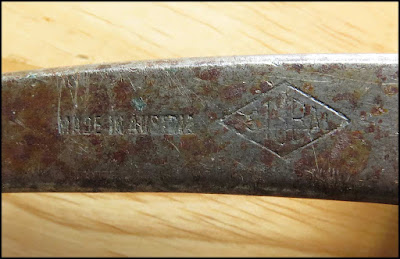 3 By around 1990, ice axe technology had moved on, and despite the use of much linseed oil I was nervous about the strength of the shaft of the aging Stubai axe. In those days step cutting was a regular feature of winter ‘walking’. (I was never a climber.)

This Grivel Mont Blanc axe has been a brilliant axe and has accompanied me on many Scottish and Alpine trips over a period of almost 30 years. 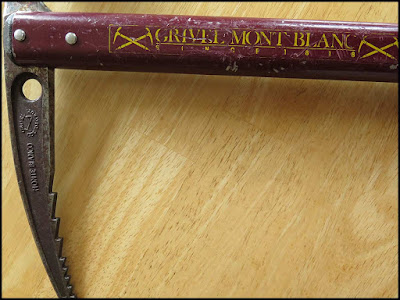 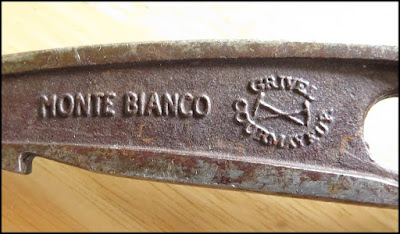 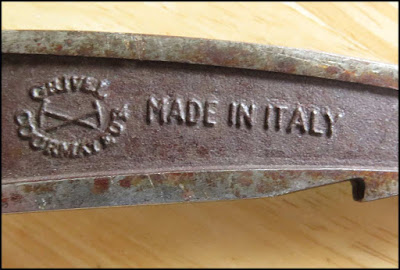 4  With an Austrian hut to hut trip coming up, during which no significant snowfields are expected to be encountered, I’m a little nervous about the possibility of of encounters with snow filled gullies.

Whilst any such short impasses may be negotiable using walking poles, I prefer the security of an ice axe, used in conjunction with microspike crampons.

The Camp Corsa Nanotech seems to offer just what is needed, for the very modest addition of 230 grammes for this short (50 cm) version. There’s also a saving of 50 grammes, as Sue has pointed out that the trowel I carry everywhere is rendered obsolete by the hole digging qualities of the axe.
So, hopefully a brilliant piece of kit – despite the flimsy pick protection! 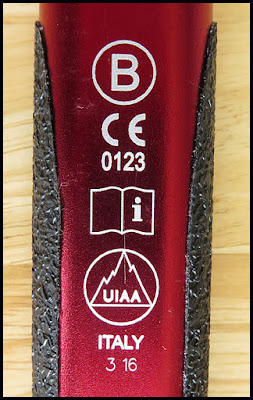 With a group of four, just two of these axes between us should be sufficient for the trip, especially if everyone carries microspike crampons.
at 15:38 4 comments: Links to this post