On the South West Coast Path (1) 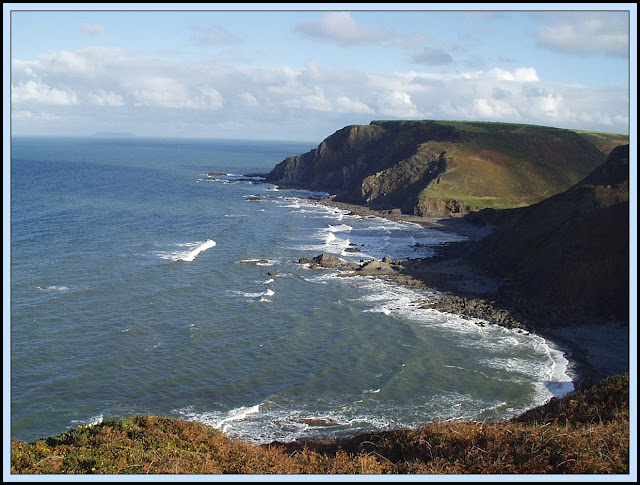 Over a period of several, if not 'many' years, Sue and I just about completed the South West Coast Path (SWCP) on numerous trips with a group whose common connection was Johannesburg Hiking Club (don't ask!).

Here's a picture taken on 7 October 2004 (so we did make it back from the Pyrenees) near the Devon/Cornwall border at Marsland Mouth.

It's the view from near the hut of a playwright, Ronald Duncan, 1914-82. The hut is high on a cliff, with this magnificent view, a fifteen minute walk from the car park at Marsland Mouth.

And the Project? That would be collating reports and photos from the various SWCP trips into one volume. Not a 'five minute' job. Unlike this 'fill-in' posting after a busy day when I have insufficient time to do much else.

The picture was taken with an early digital camera - 1600 x 1200 px, but other pictures in this project will be mainly from slide and print film.
at 22:49 1 comment: Links to this post