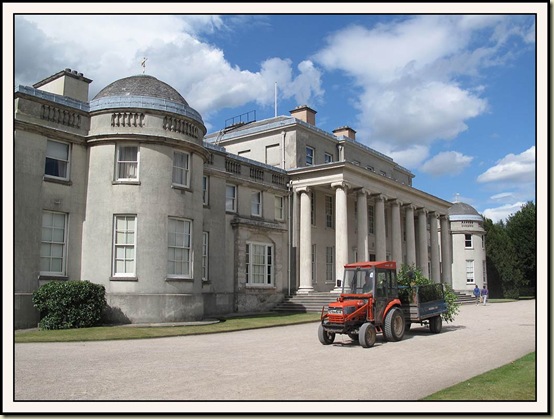 A sunny August day saw Sue, Dot and me visiting the home of Lord Lichfield (1939-2005), Shugborough, near Stafford.  The house, pictured above, dates from about 1693, when William Anson (1656–1720) demolished an old house and created the new mansion.

A visit starts some distance from the mansion, near the estate farm, and walled gardens crammed with produce comprise the first area you pass through. 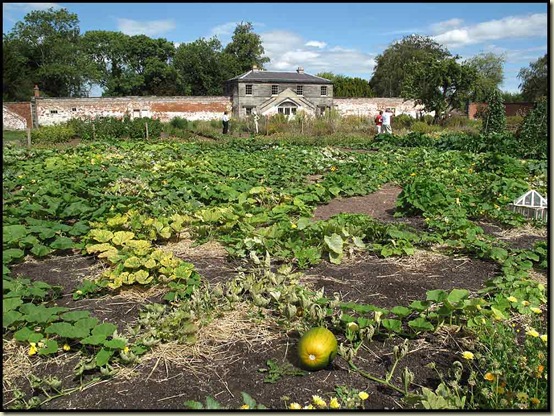 In 1805, Thomas Anson recognised the value of his head gardener, and built him a fine house just inside the walled garden.  Large glass houses extended on either side of the house. 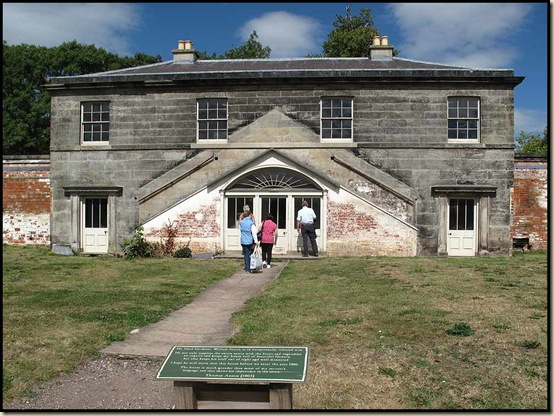 Leaving the walled garden, you pass some craft workshops and the farm, with its children’s play area, from where it’s a ten minute walk or a short ride on a shuttle train to the main house.

The Tower of the Winds is soon passed.  This replica of a classical monument, built around 1765, was once used as a dairy downstairs and a gambling den upstairs.  It was reached by bridges to the porches over a surrounding lake. 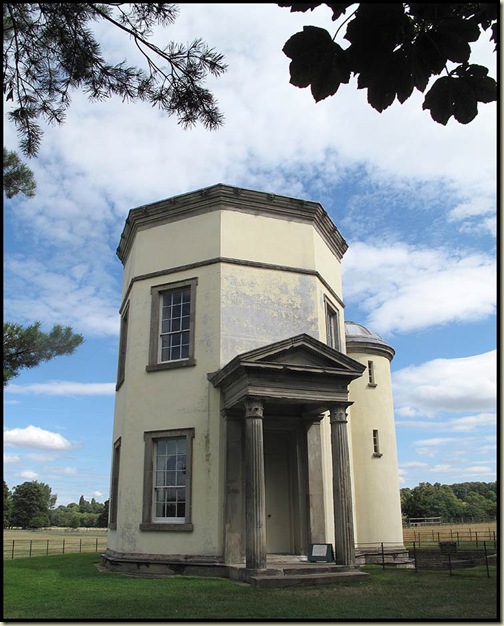 Fortunes may have been won and lost in this building.  There is much reference to the paucity of original artifacts in the main house, though some do remain, due to ‘The Great Sale of 1842’, when many of the contents were sold to meet gambling debts.  More on the history of Shugborough can be found here.

However, several fine plasterwork ceilings by Vassalli have survived. 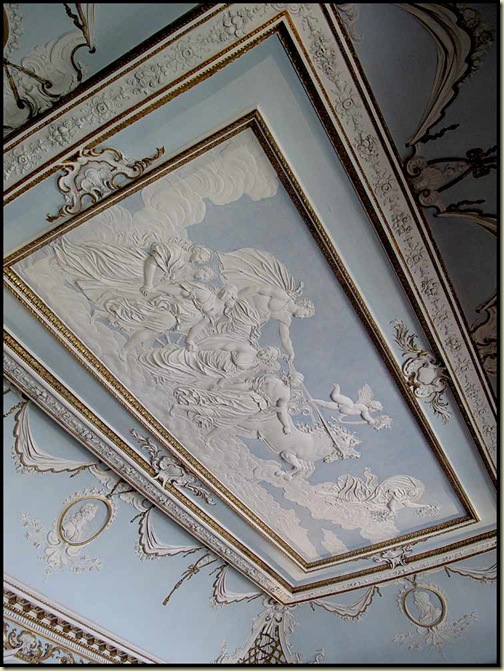 The library is formed from two adjoining rooms, the narrow division between which has been concealed by the clever use of mirrors. 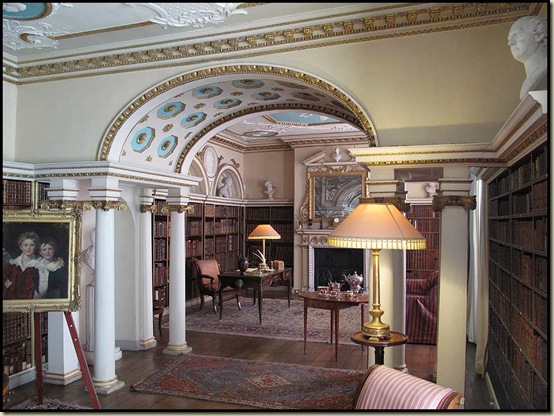 Very close to the house, the Essex Bridge is a packhorse bridge over the River Trent, one hundred yards downstream of its junction with the River Sow.  It was allegedly built in 1550 by the then Earl of Essex for Queen Elizabeth I so that when she visited the estate she could go hunting in the woodland around the local village. It is now the longest remaining packhorse bridge in England with 14 of its original 40 span arches left. 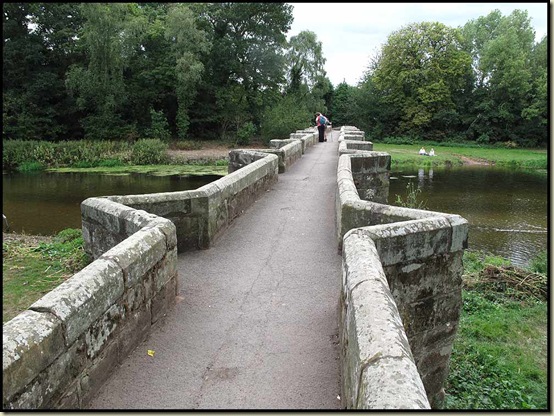 Beyond the Essex Bridge, a lock on the Trent and Mersey Canal near the village of Great Haywood was the scene of a queue of holiday barges.  The canal dates from 1777. 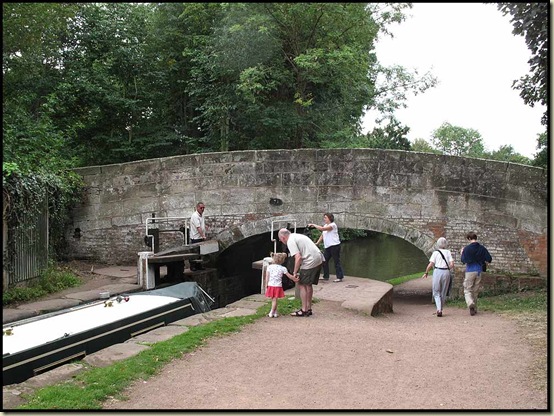 The Chinese House was completed in 1747 - originally built on an island, it is now on the 'mainland' following the rerouting of the River Sow in 1795. 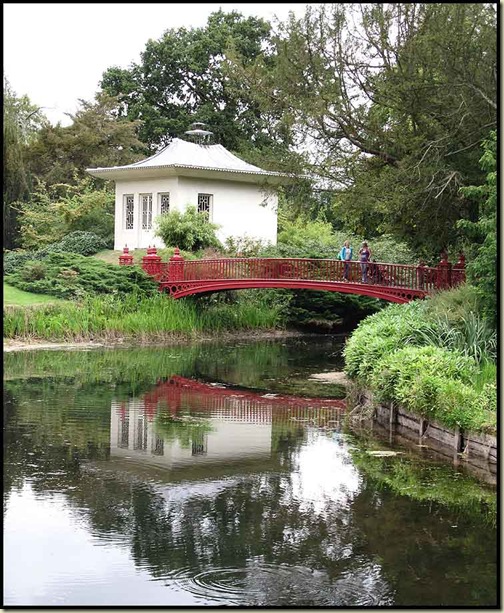 Nearby, the Shepherd's Monument - constructed around 1749, takes its name from the marble relief based on a painting by Nicholas Poussin.  The inscription is rumoured to be connected with the Holy Grail. 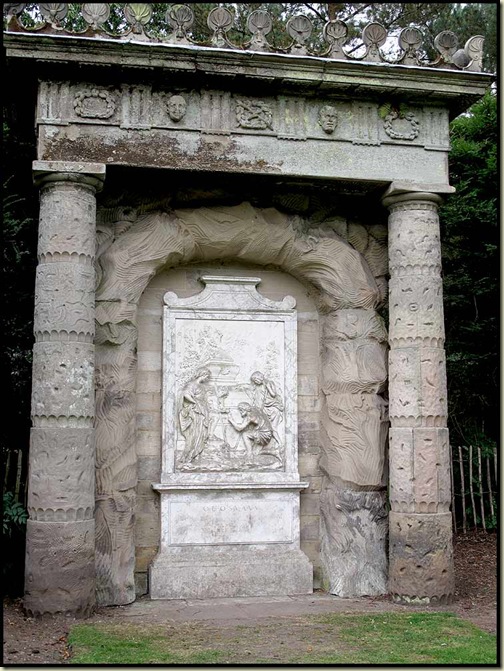 The Doric Temple was built circa 1760 - it's one of two copies of the Temple of Hephaistos in Athens by James 'Athenian' Stewart and is thought to be one of the first accurate revived Greek Doric Temples in Europe. 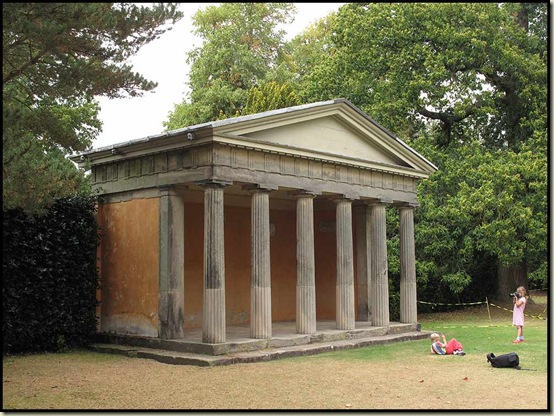 'The Ruin' dates from around 1749 - it was originally more extensive and included a pigeon house and a classical colonnade which were washed away by floods in the late C18. 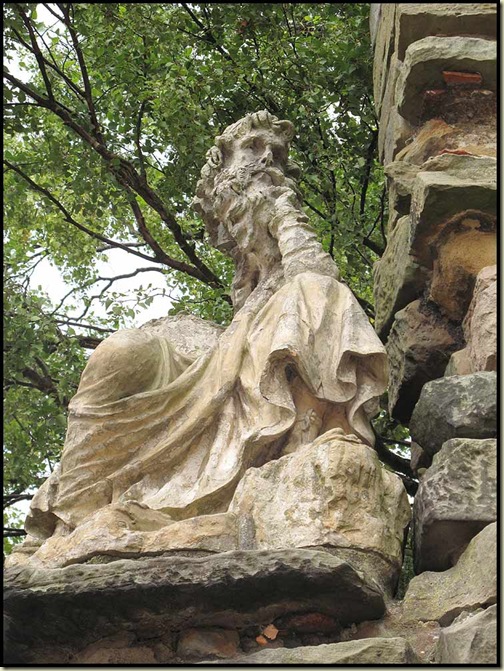 Walking by the riverside, you come to a blue bridge which crosses over to an island arboretum much loved by the late Lord Lichfield.

We strolled all the way along the island, back to the red bridge, from where a path leads past the rear of the house. 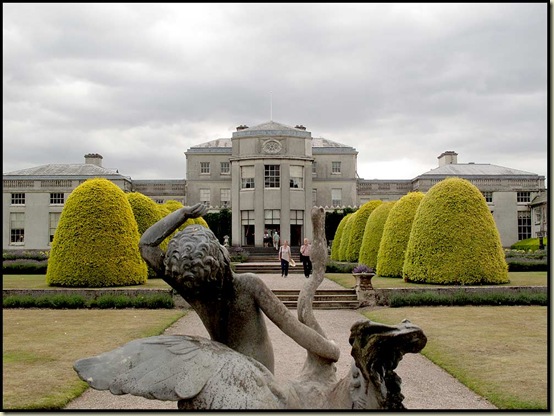 Throughout our visit, we’d seen evidence of a ‘Sculpture Trail’ – they seem to get everywhere these days! 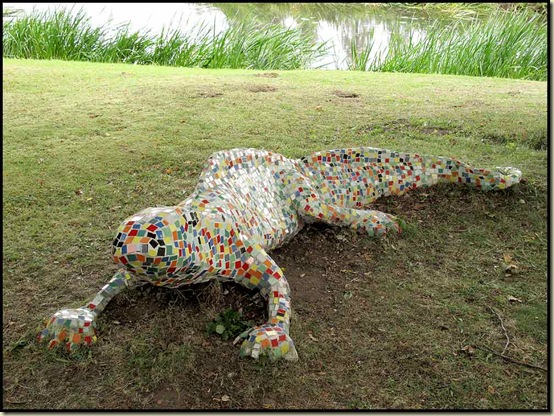 Finally, near the red bridge, and passed whilst we were under a rather unphotogenic black cloud, The Cat's Monument, built in around 1749, is situated on the private island created where the Rivers Sow and Trent join.  It is thought to commemorate a cat that travelled around the world with Admiral Anson between 1740 and 1744.  (If you have time to click on that link, it’s quite a story!) 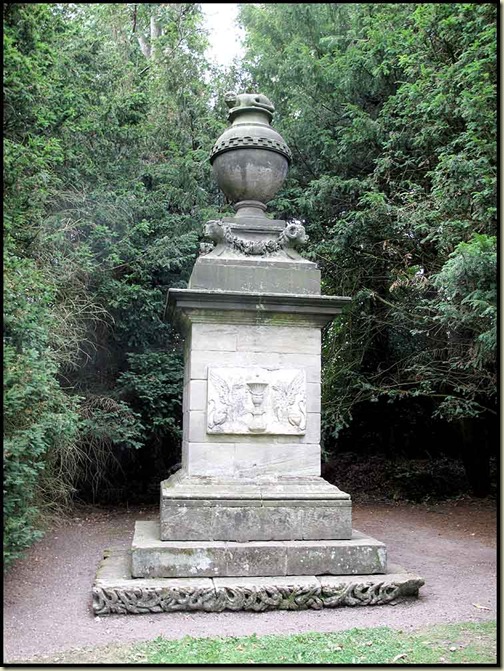 Whilst I imagine this is more than enough for most readers, there is a slide show with a few more images here.

There are plenty of places to park nearby and combine a country walk through the pleasant woodland of Cannock Chase and/or a bimble along the canal towpath, incorporating a visit to Shugborough, which has an excellent tea shop.