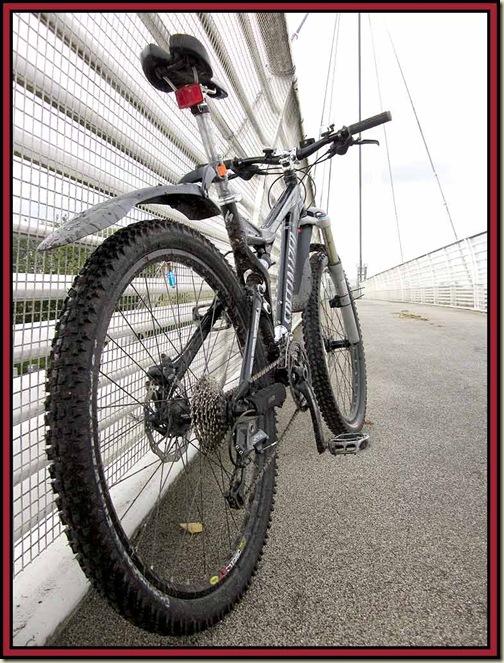 I don’t think Stumpy had a hard life before he fell into my hands.  I recall that when he met Shogun a few years ago he was a little in awe of the steely resolve of the older bike.  And Stumpy was regularly serviced during his five years with Dave.  However, after five years of use, it was time for a bit of a makeover following Stumpy’s chain incident and in the knowledge that he also had a squealing brake problem.

If he’s going to be used ‘in anger’ he may as well enjoy a thorough examination, I thought.

So it was that last week he spent a few days in hospital with the nice people at Bike Shak.  A new chain I expected (I’d thrown the old one away), but after five years of use Stumpy also benefited from a new rear cassette, two front chain rings and new jockey wheels, as well as the expected disc pads and cables.

Just for good measure I gave him some nice mudguards and a speedometer, and even some bright lights for wintry escapades, so by Thursday afternoon he was raring to go.

We set off on a familiar 23km circuit – along the canal towpath to and from home, with a few miles of the Trans Pennine Trail thrown into the middle.  I have to admit that this didn’t really test Stumpy, who rather frowned on the sedate nature of the route.  He refused to race around it like the lighter Shogun tends to do, and he was keen to demonstrate the relaxing properties of full suspension compared with Shogun’s ‘feel every stone’ approach.

I’ll still be using Shogun for these sort of rides, but I’m sure Stumpy will come into his own on some of the mountain routes where Shogun can behave a bit like a bucking bronco.  Stumpy may be slower and heavier, but should provide a more comfortable experience for his aging boss!

We may even enjoy meeting up with Tony and his new steed. 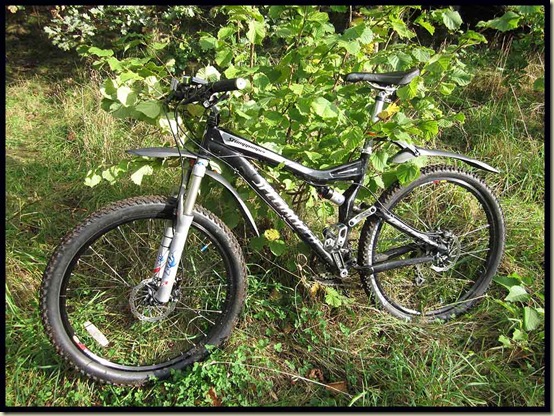 Here’s Stumpy’s first meander after his release from hospital.